Kolezan Posted on May 6, 2016 Posted in Places No Comments

The japanese have their own unique take on what Maids are all about and have made a whole subculture and following of their own of this phenomenon. @Home Maid Cafe (http://www.cafe-athome.com/) started back on 2004 in Akihabara and definitely knows how to make a Master feel welcome. Read on for more about my visit to @Home Cafe with Shurikn Ibuki! 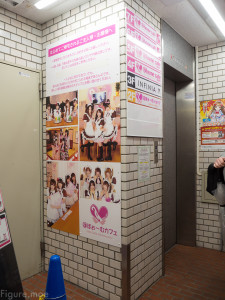 The entrance to @Home Maid Cafe (Main Building) isn’t much to speak of. It’s a small corridor directly from the street leading to either an elevator or some stairs outdoors. The café, or rather, cafés is located on several floors, all mostly having different themes. One floor is cosplay, for example, but Shurikn and I decided to go to the more “traditional” maid floor.

It’s cramped once out of the elevator, especially when there are several waiting to be seated. Luckily, we didn’t have to wait too long to get a seat.

One of the maids greet us with the standard welcome phrase “Okaerinasai Goshujin-sama” (Welcome back, Master!) and guides us to free seats right in front of the small stage. The room is quite well lit and most of the furniture and colors are bright, fittingly as it this is supposed to be a place of joy, after all. 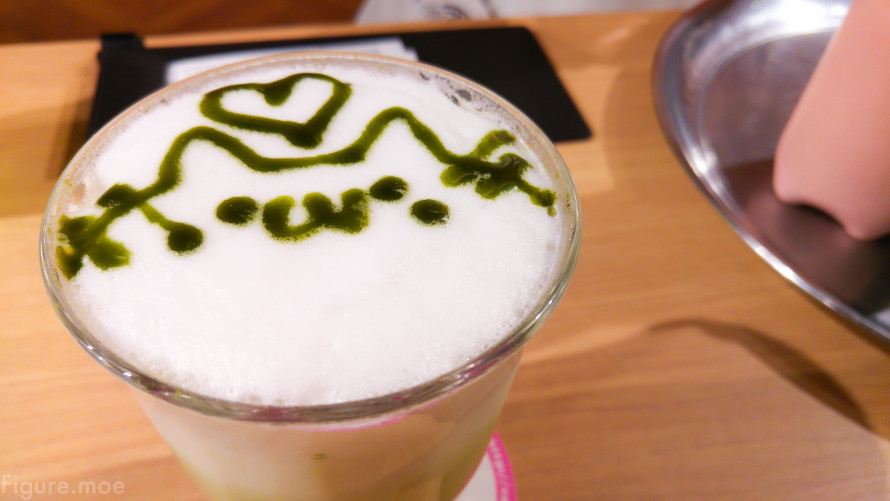 When choosing from the menu you can choose more than just between drinks and food. There are also possibilities to play games with a maid or take a photo with them (hence photos disallowed except of the food). Shurikn and I both decided to have a green tea drink, a hot meal and a photo with a maid. 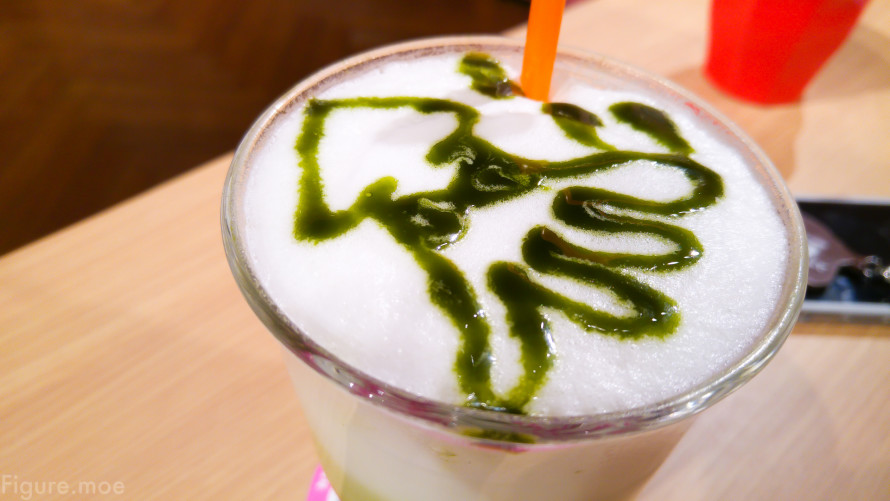 When serving our green tea drinks the maid asks us what she should draw on top of it. I got the more standard cat figure, but Shurikn asked her to draw a squid that… shoots ink. Still cute, right?! 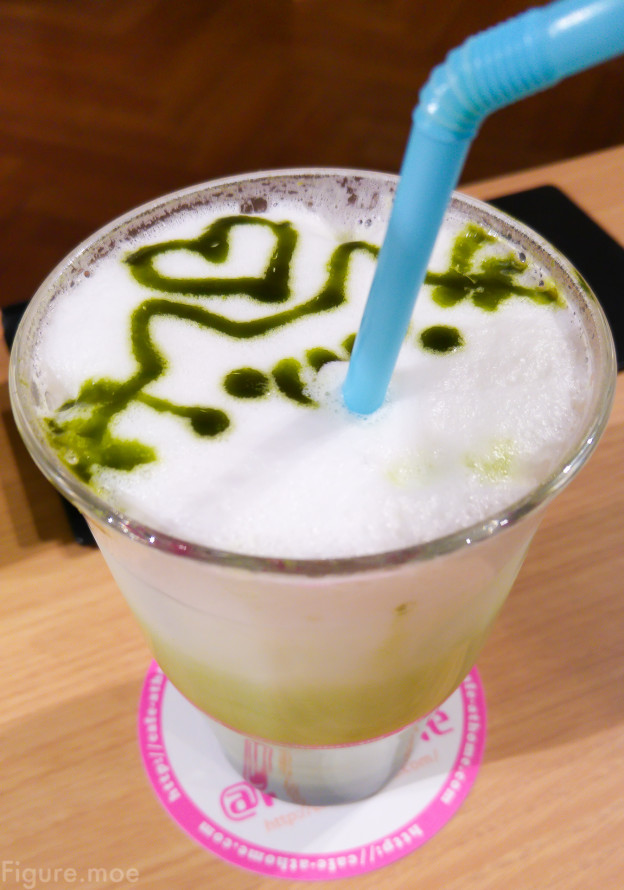 When the maids serve they actually switch around between their customers- I mean, masters. Having one maid to talk to might have been what some visitors would want, but I’m guessing in order for customers to have a chance to talk to their favorite maid they switch around rather than having the customer be stuck with one maid that visit. It could also be a way to increase the amount of conversation being done, although a lot of the conversations were repeating as most of the maids were asking the same questions and we’d basically answer the same thing to all of them. Well, it definitely helped in practicing my Japanese. 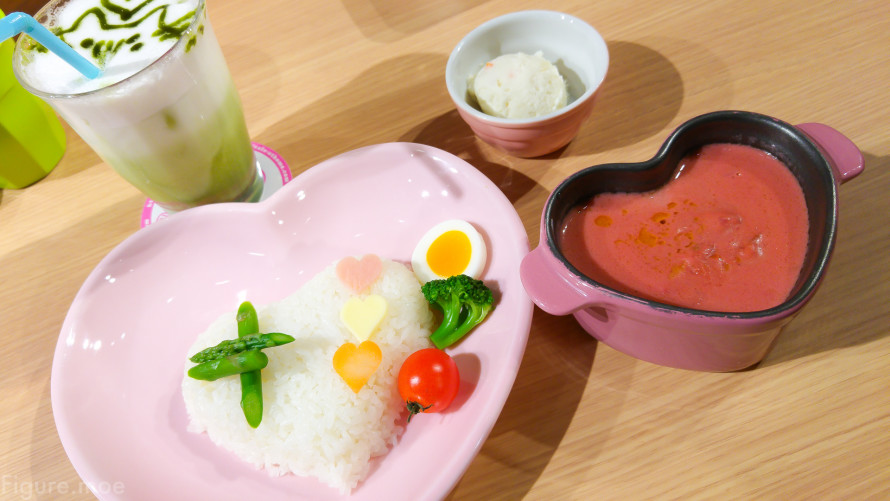 Time to make you hungry! One item that stood out of the menu was pink curry sauce, so I had to try that one. It’s rice and curry sauce with a few pieces of vegetables and a slice of egg. As a side dish there’s potato salad.

Not only did it taste great but also looks bright and cheerful (and different from ordinary curry sauce), especially if you like hearts. 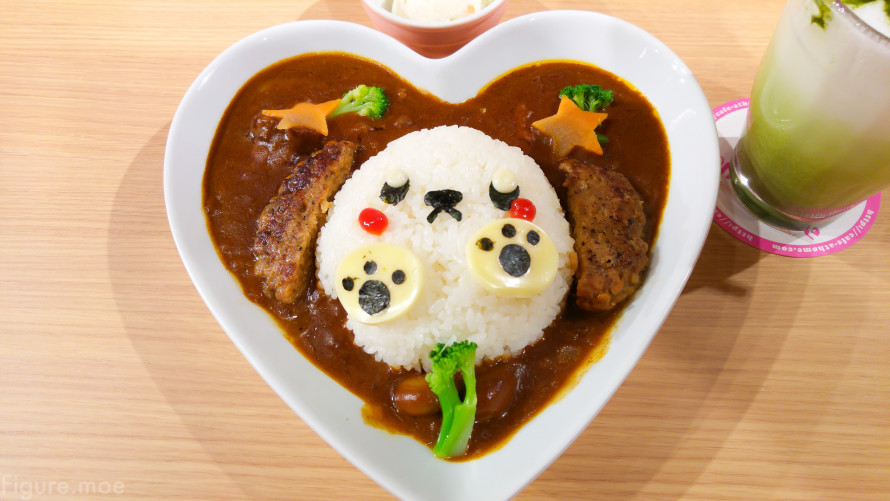 Shurikn ordered Salisbury steak and rice in some sauce I can’t remember what it was. (Could have been curry too.) Same here with a few small pieces of vegetables and a side dish of potato salad.

This one is definitely the cutest of the two! You have to ask Shurikn how it tasted though. 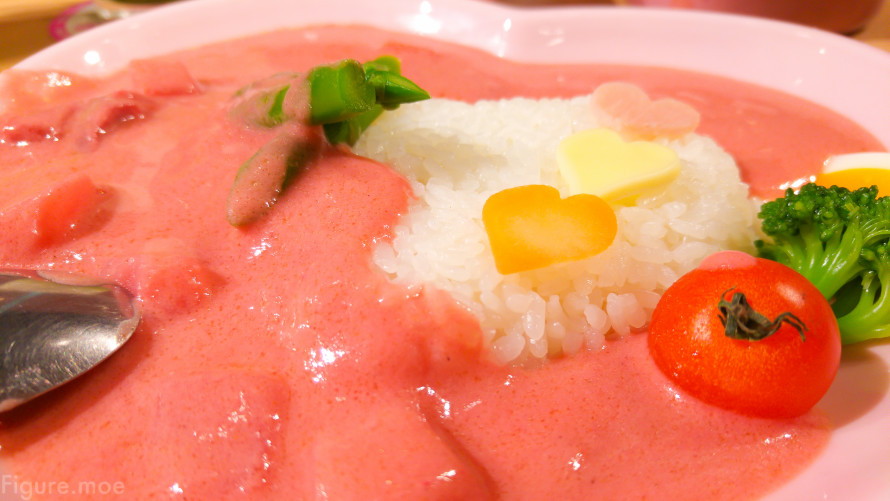 Moe Moe Kyun~! Before eating, in order to make the food really delicious the maids (and us too since I’m not sure why) shape hearts with their hands and focus the energy as a beam at the food while chanting a phrase which basically translates to “Make it delicious~ Moe moe beam!”.

At random times the maids don’t only serve their masters at the tables but also sing songs and dance on the mini stage. If you’re lucky, just like we were, you get to watch one of their performances of the day. Two of them were on the stage while other maids were acting as backing performers playing percussive instruments throughout the room. The performance itself was well done and quite entertaining. At certain times in the song, especially towards the end, the audience gets to sing/chant along and make gestures with their hands as well. 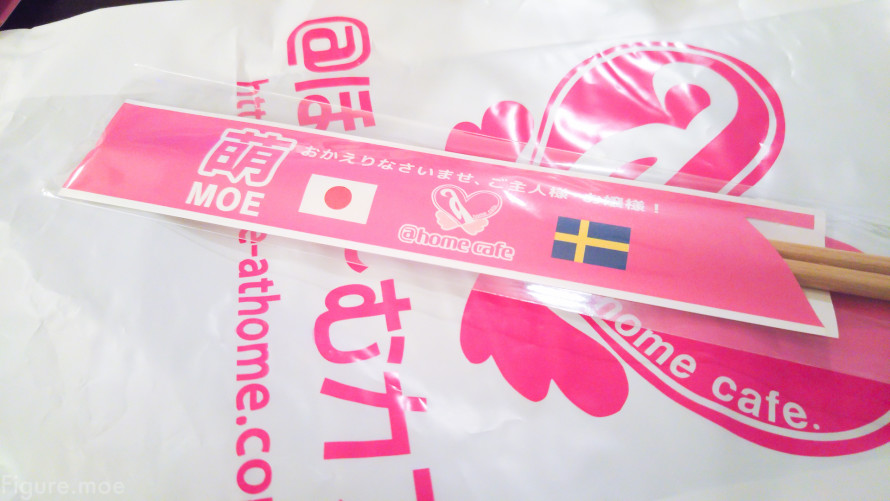 While it is mostly Japanese that is spoken while visiting the café (not many of the maids know English, or if they do, know very little) one might think that they don’t quite account for foreigners wanting to visit but it’s actually the opposite; Their homepage has an English version, the Master Certificate cards are available in English and they have these chopsticks with the Japanese and your country’s flag they give you at the end of your visit. However, I’d recommend visitors to know semi-advanced Japanese or to have a friend who can interpret for you.

As with everything good (or bad) it had to come to an end. Although, much later than we thought it’d would. There’s a time limit of 30 minutes if you order drinks only or 1 hour if you order a meal. We ended up being there for a lot longer since none of the maids told us we had to leave. We had to call for a maid in order to get the check. All in all it was an unforgettable experience!

I could probably write a lot more about this but that would fill up another page of text so I’ll stop here. If you have questions feel free to ask them below!

And no, you won’t get to see my photo with the maid, not because it’s bad, just a bit embarrassing. 🙂