Makoto Kikuchi in the forest

Happy birthday, Makoto! The 29th of August is Makoto Kikuchi‘s birthday, so for today it’s time for this idol to stand center on the stage.

Makoto is an idol within the fictional 765 Production company in the games and anime universe The Idolm@ster. As you can tell Makoto is a bit of a tomboy and is said to be more popular among girls than boys in the Idolm@ster universe. She’s one of my favorite characters from the anime and I consider her to be more a cool girl rather than a tomboy as she is still quite feminine. With such a dynamic and good looking figure being made of her she was rather irresistible to buy.

Makoto is appropriately dressed for a hot summer day so I took her on a stroll in the forest and we had a fun time together. It was totally not a date, I swear. 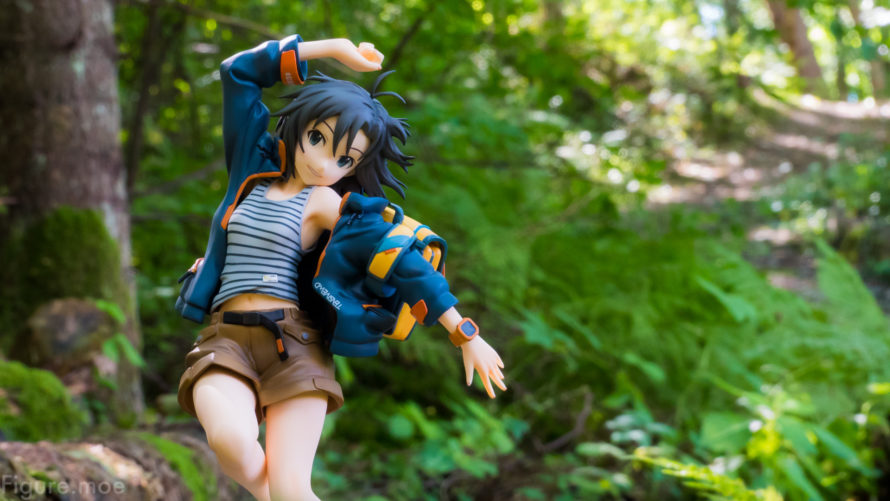 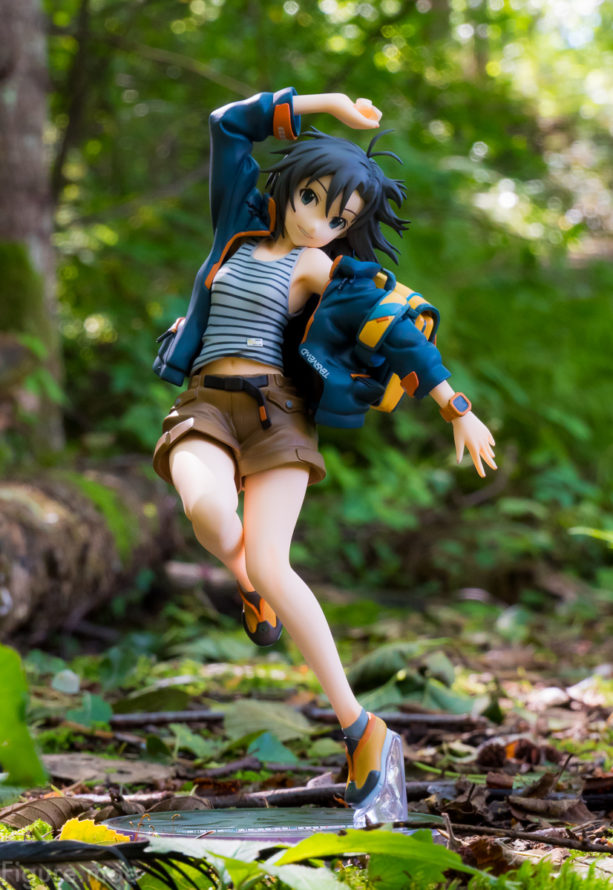 I’ve seen this Makoto figure be put on her back (just like this) in several photos, and it’s almost as if the figure were made to be like that, except that she has a backpack which is in the way for her back to rest on the ground. I wanted to try this myself too and found a perfect spot in the forest to try it with. 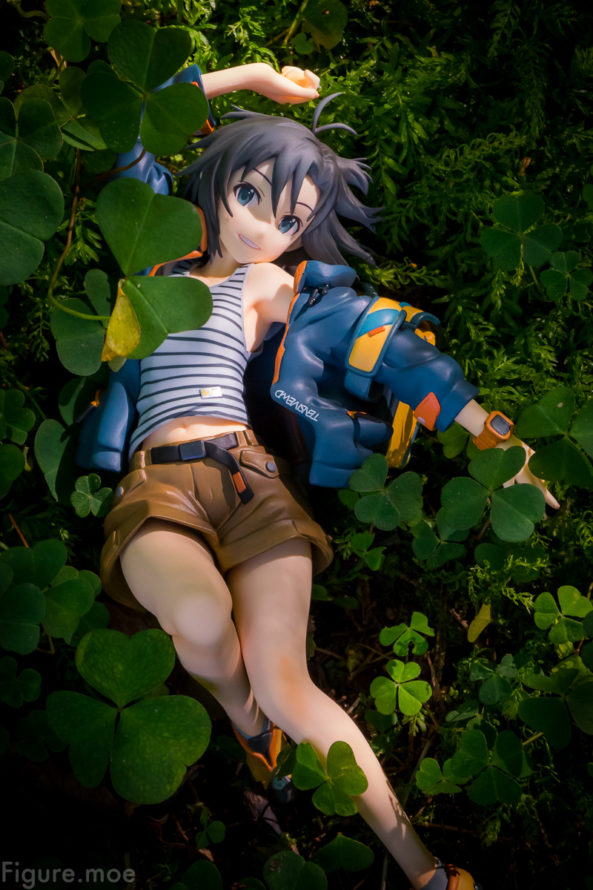 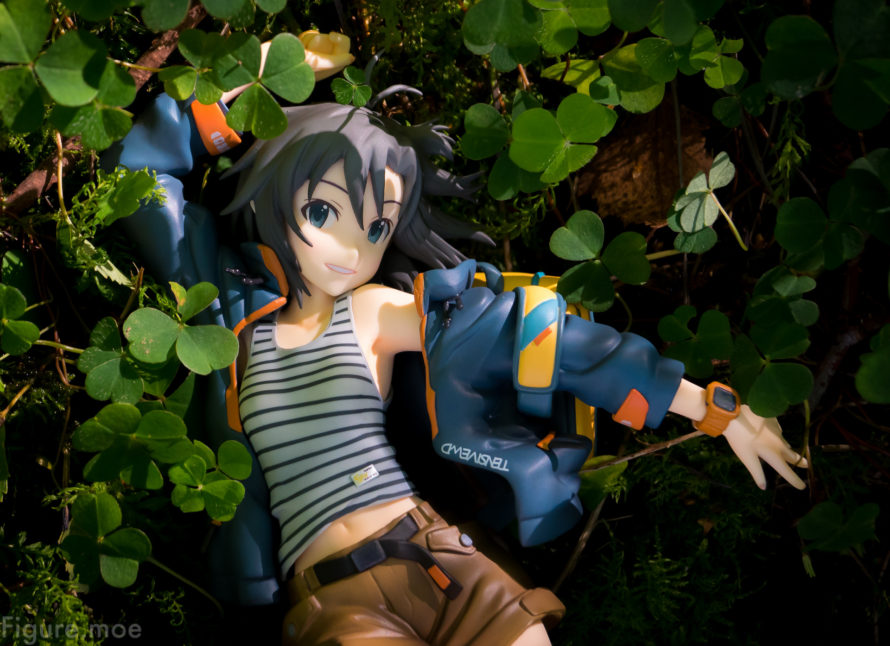 These are actually not clovers, but we can pretend, can’t we? 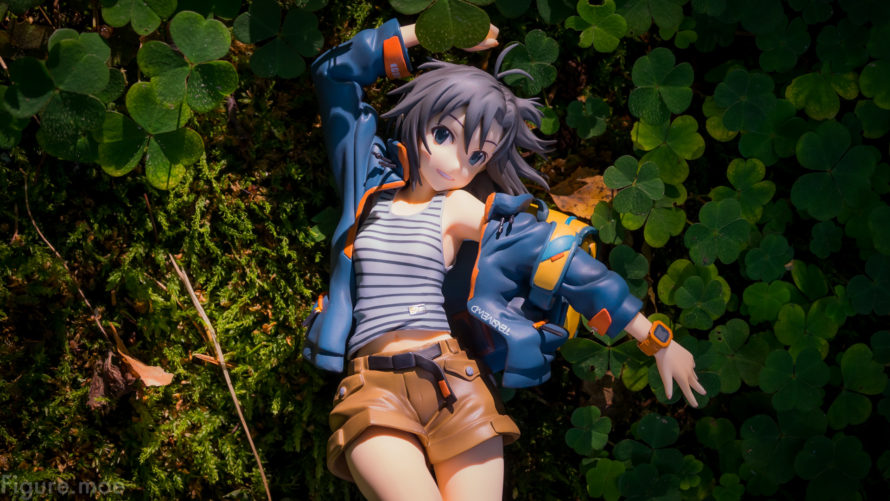 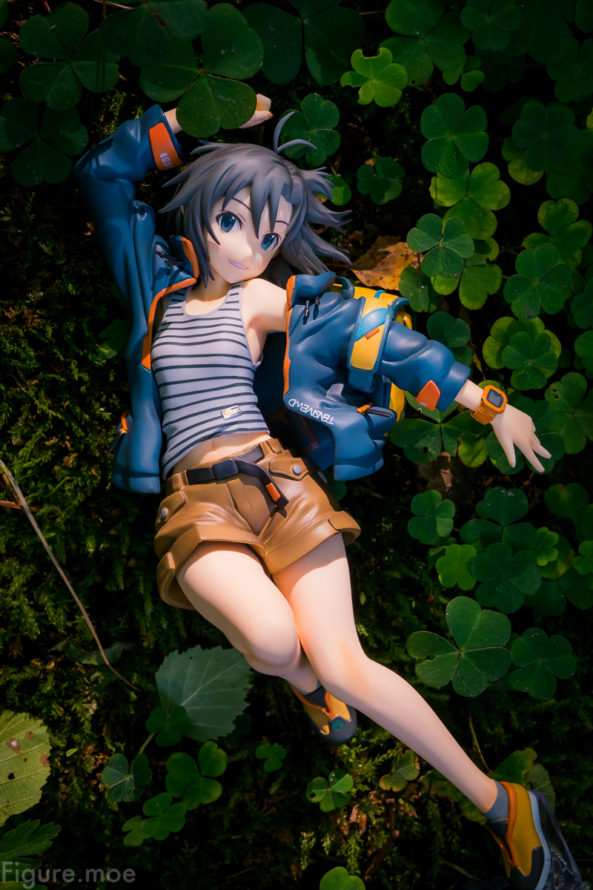 As you might notice I like to provide several shots of the same scene if all the shots turn out well, as I like for the audience, you, to decide which one you like the best for yourself. Maybe you even want to use a certain scene as a wallpaper/background in which case there’s more to choose from. 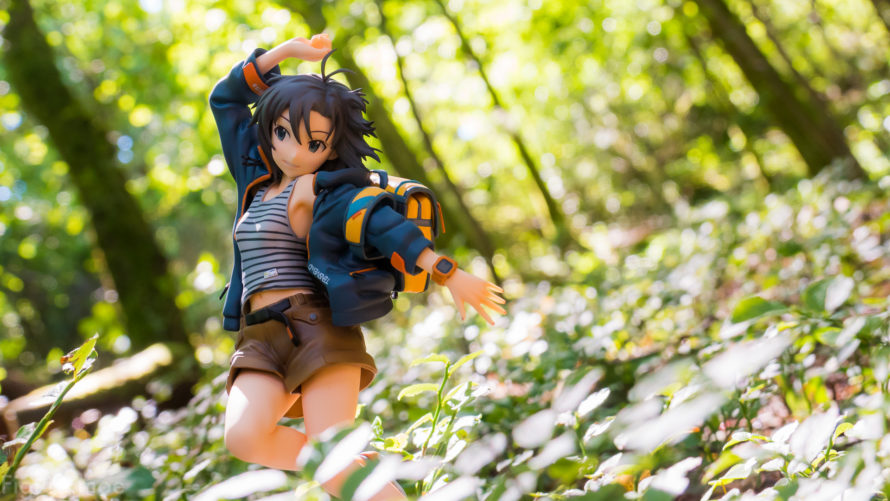 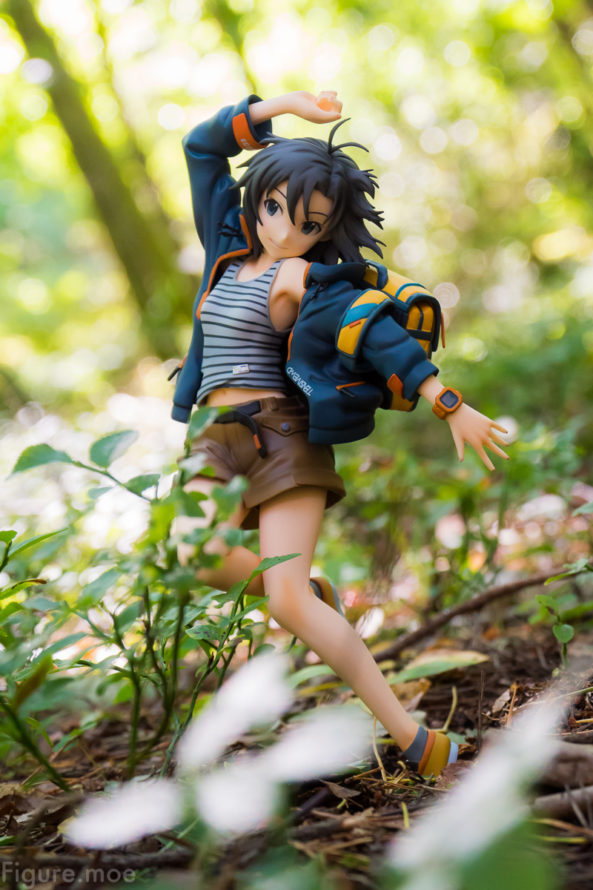 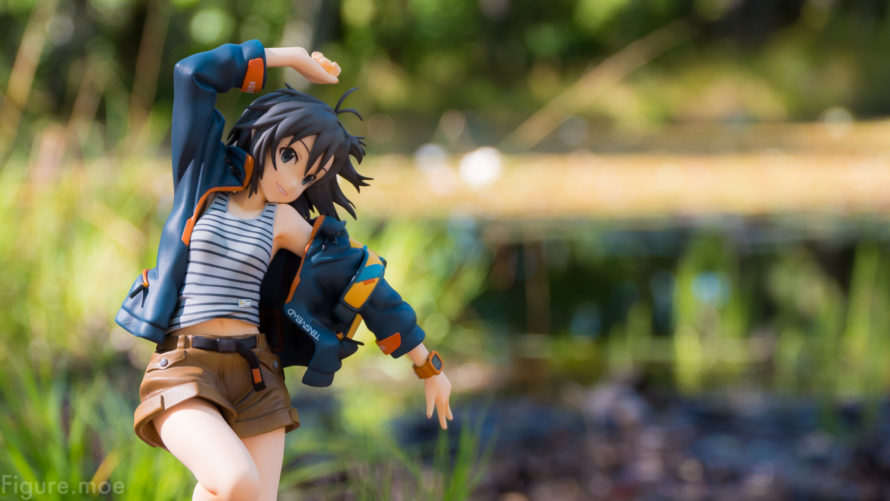 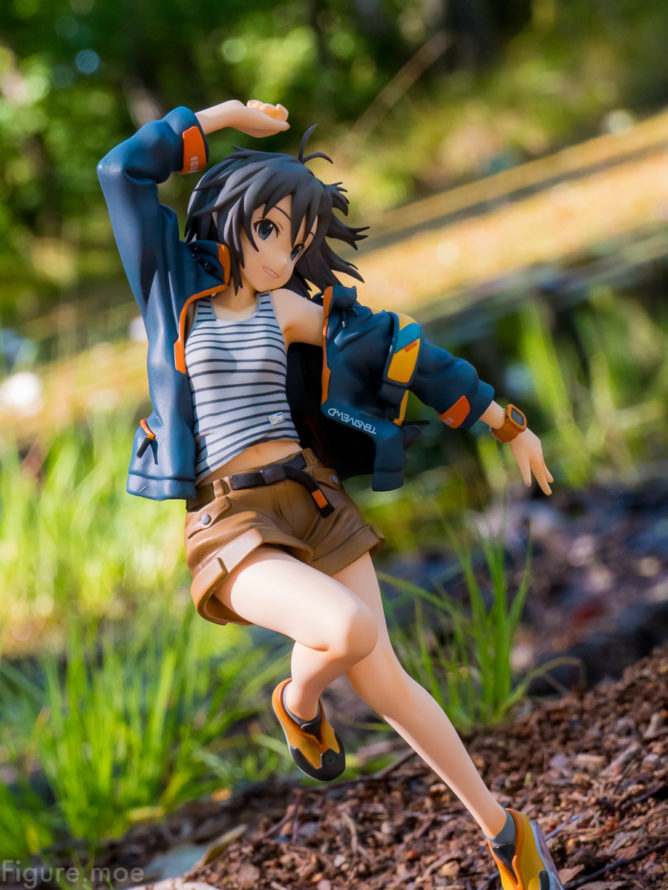 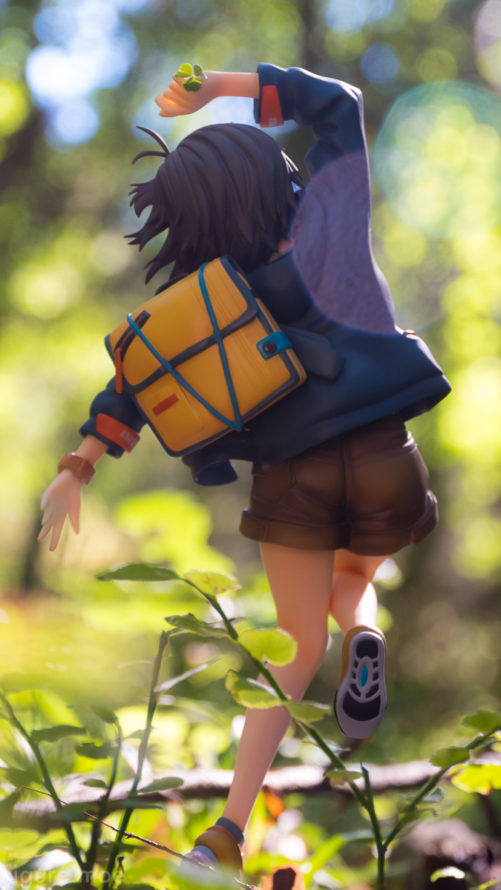 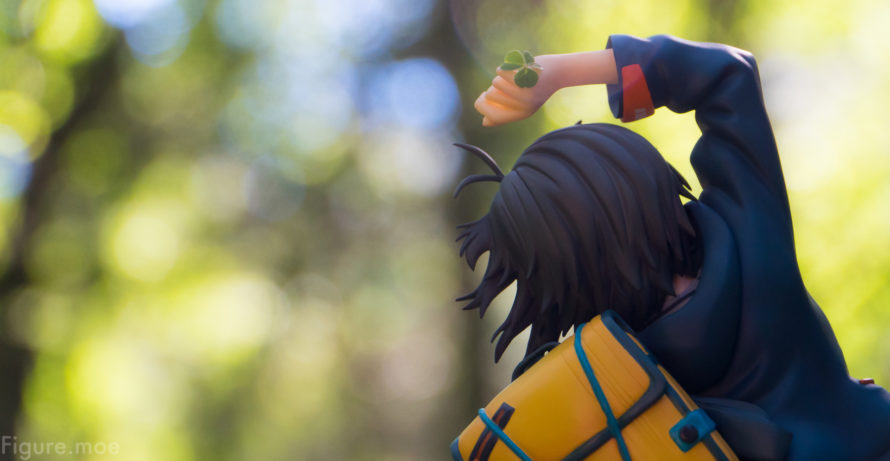 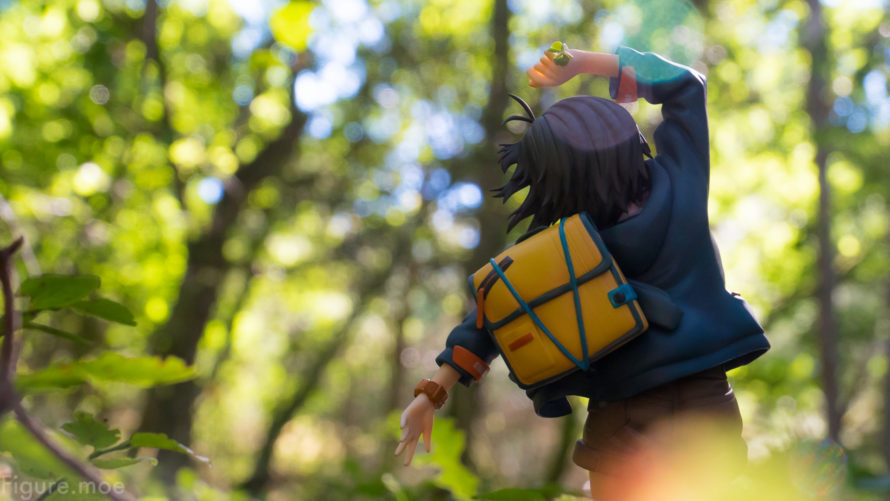 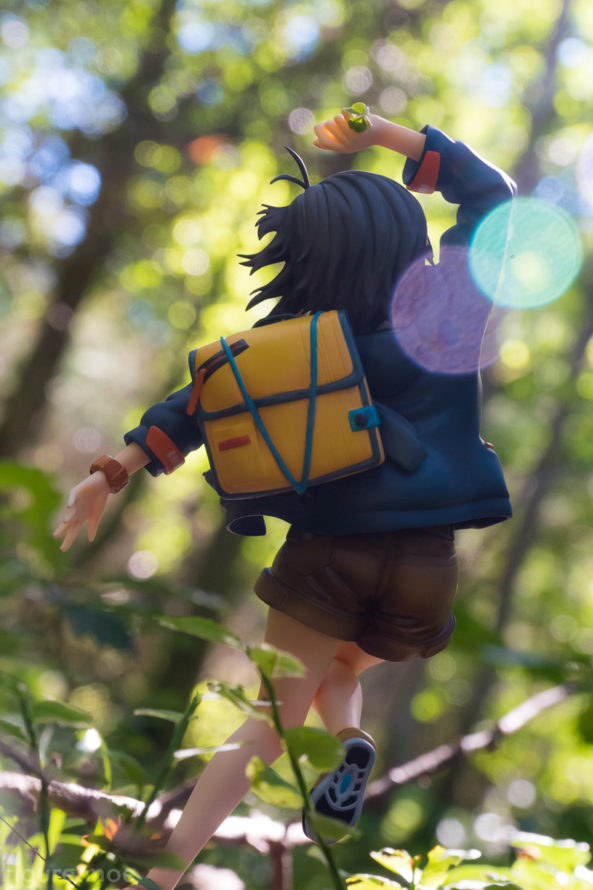 And Makoto races away into the forest feeling free as a bird when she’s not bound by idol work.

2 Comments on “Makoto Kikuchi in the forest”