My New and Used Equipment

I’ve had a bunch of people ask me what camera I use and how I can get such clear and sharp photos. I didn’t choose my camera and equipment myself when I started out as I’ve mostly borrowed whatever my family already owned, but in hindsight, analyzing my style and what I like, I think the cameras has suited me very well. Let me show you what equipment I frequently use for my photoshoots and what I’ve recently bought! 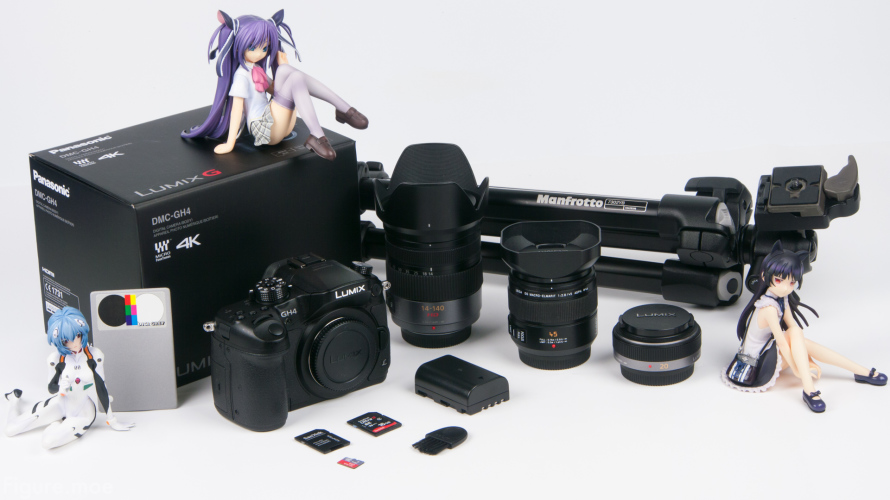 Equipment I use and have used:

New era, yet the same

When I got to use the GH2 there were a few features that I liked, like the touchscreen for choosing focus point, and missed these greatly when my brother sold the GH2. Image quality wise there were no major difference between the GH1 and GH2 so I never really bothered to buy my own camera.

But when trying to record video for this blog I quickly found that no camera we owned had satisfactory video recording capabilities/quality. My brother, who is the photo-otaku in the family, had been talking a lot about the new GH4 and the more I looked into it the GH4 suited me very well. Improved sensor, better ergonomic grip and dial/button placements, sharper viewfinders, 4k (4 x FullHD [1080p] resolution) video capability, FullHD [1080p] slow motion video recording were things that attracted me. And as a bonus, specs that makes it look more like a phone, it also includes WiFi and NFC for remote controlling and sharing photos directly to the internet.

Above is a photo of the remote control in action. While I won’t be using it every time I shoot by myself, I can see it come in handy when being several people during a photoshoot.

While this new GH4 camera won’t necessarily make my photoshoots be much more productive or increase photo quality by a mile since it’s pretty much the same, it’s in the video department that I will now be able to shoot much better looking shots. I’ve always been interested in shooting video for various purposes and if I can make it look good for figures then I can combine two interests perfectly. Of course, there’s no point in shooting an object that doesn’t move, so to start with I’ll have to figure out how to make interesting figure videos.

Photographers, do you use carefully chosen equipment or just what is available to you?

6 Comments on “My New and Used Equipment”